We're proud to have the following quartets associated with our chorus.  We endorse all of them as excellent singers and entertainers, suitable for any occasion! 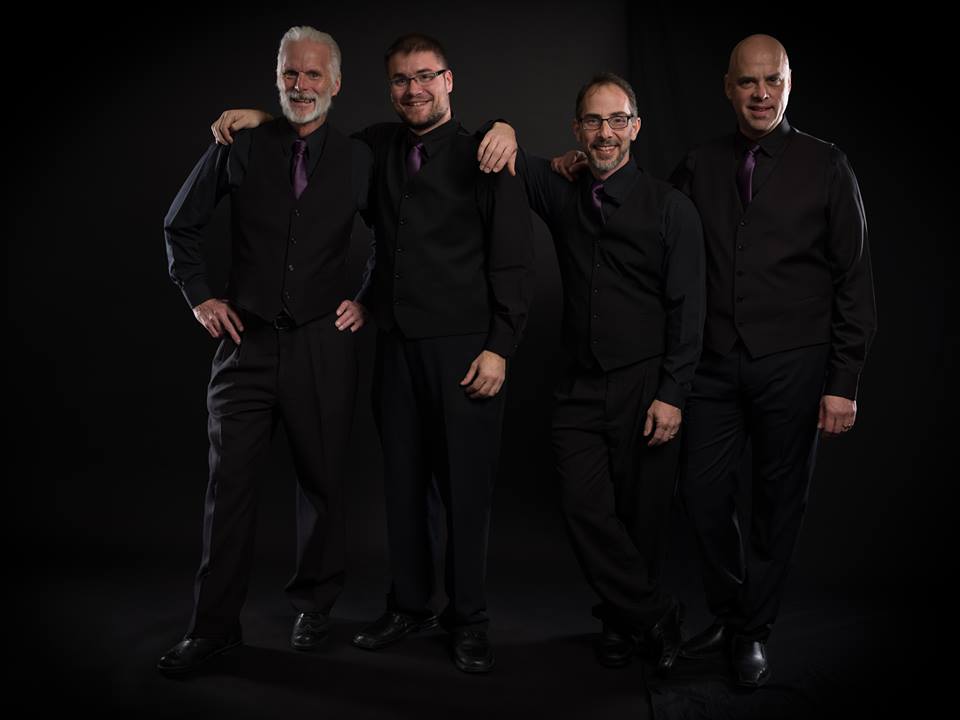 Perpetual Emotion was formed in May 2013 out of singers from Cornwall, Brockville, and Kingston, ON originally as a temporary one-off performance for a request made for a church service in Elgin, Ontario.  The four singers in the group struck an instant friendship and reveled at the amazing sound and natural, effortless blend- and decided in unison they didn't want things to end right there! Over the years, the quartet has expanded both their repertoire and musical skills to produce an amazing quality sound with spine tingling harmonies. In addition to studying with some of the biggest-name music educators and musicians of the Barbershopart form in Nashville, Tennessee USA at the Barbershop Harmony Society's Harmony University, They've performed at countless community events, concerts, church services, held charity fundraisers, caroled for  the Kingston Partners In Mission Food Bank, and delivered Singing Valentines to loved ones within the Kingston, Ontario region. 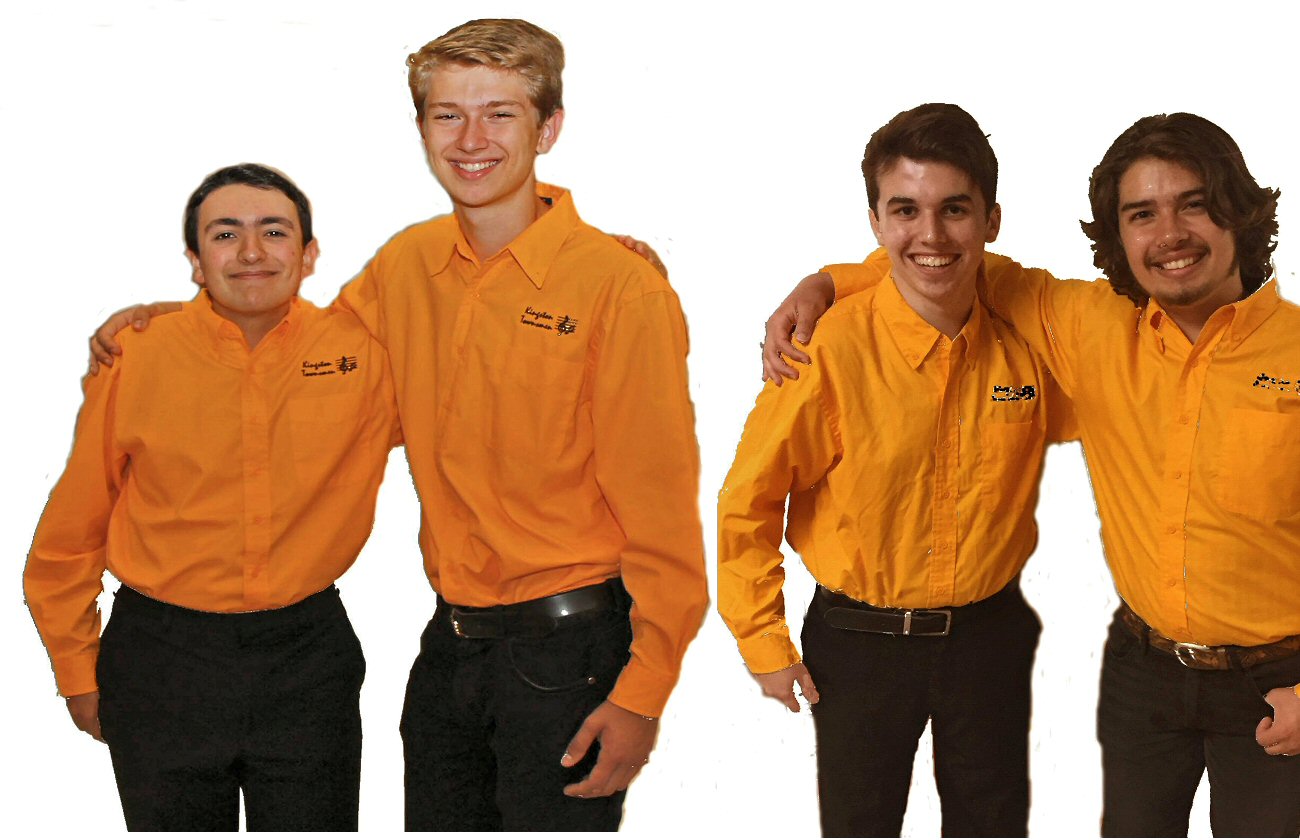 The Postmen are an exciting foursome originating from Holy Cross High School in Kingston in 2015. Originally called "One Long and Three Shorts" (pictured) they made an impression from the first time they appeared on a Kingston Townsmen show. When they changed baritones and voice parts in 2017, they renamed themselves "The Postmen". Because they now attend colleges and universities in different parts of Ontario they mainly get together to sing in the warmer months of the year. They continue to support the Townsmen and recently had several gigs buskering in downtown Kingston. They even participated in the Toronto Vocal Arts Festival in 2018 garnering much praise. 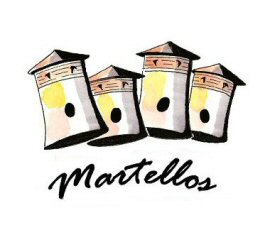 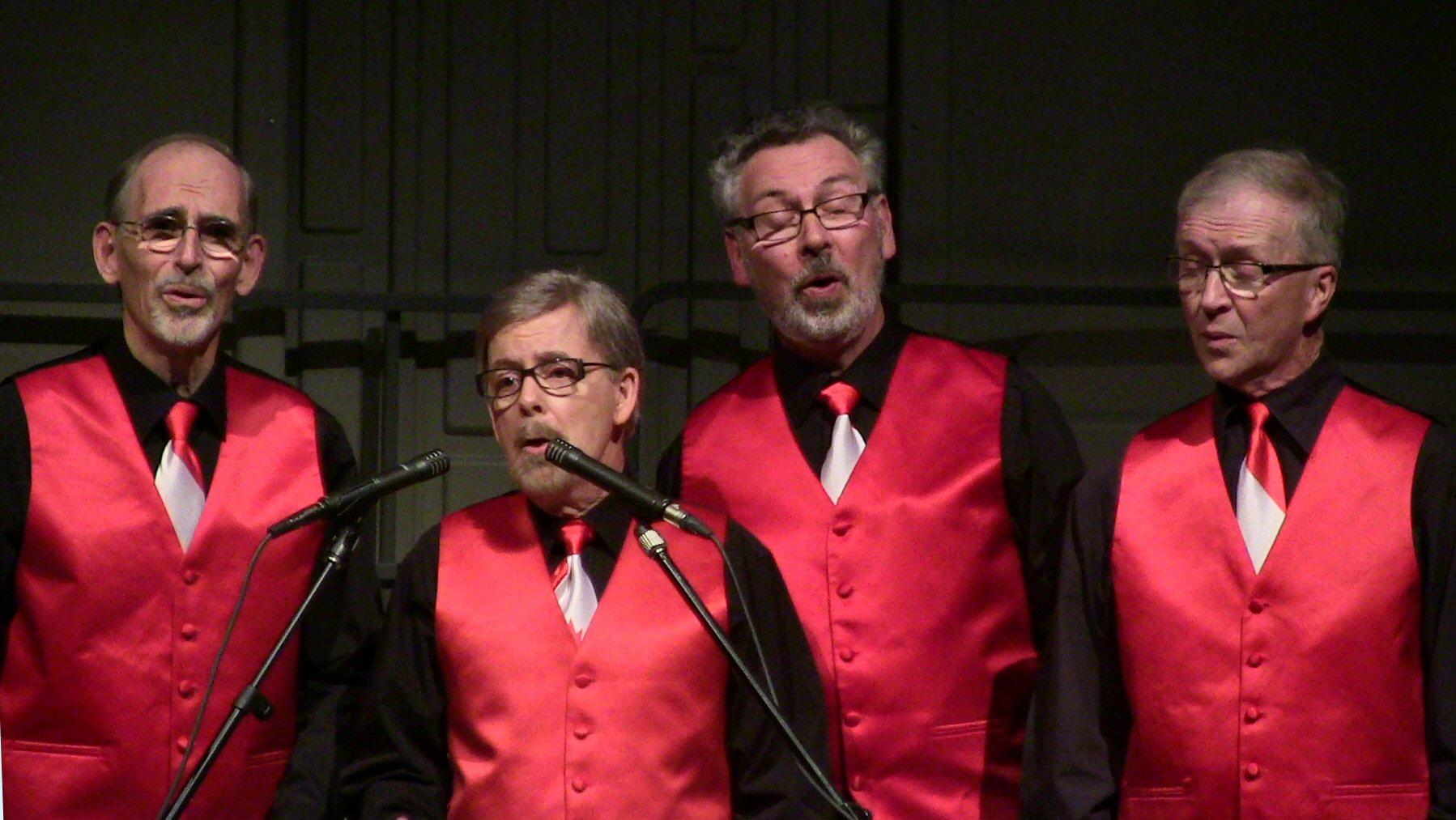 The Martellos retired in 2017 after an active period which began in 2006. During that time they serenaded residents of Kingston and surrounding communities at both public and private gatherings. They appeared on every Townsmen show while active as well as on local radio and CKWS-TV.